Showing posts from February, 2016
Show All

O-Square quits Raypower. Popular On-Air-Personality, Olalekan Olajolumo better known as O-Square has left Raypower 106.5 FM Port Harcourt for Lagos Television (LTV). O-Square, who has built a near-cult following with his Flight Time Show on Raypower PHC, will now be anchoring Orijinal Naija TV Show, an entertainment programme that focuses on Nigerian entertainment industry on LTV. The University of Port Harcourt graduate, who came into limelight in 1998 on Radio Rivers, has had stints with Treasure FMPHC, AIT PHC, Love FM Abuja and Brila FM Abuja. He quits Daar Communications’ Raypower FM PHC as Head of Programmes and anchor of ‘Square Video Magik’ on AIT. An official press conference to usher in the broadcaster and an official launch party for the programme is pre-planned for early March. With a career spanning over 18 years and several awards to his credit, O-Square, who sure knows his onions, will be missed for his …
Post a Comment
Read more

My wife is my Backbone-R.M.D

Richard Mofe Damijo was among the hot cakes in Nollywood when he was much younger. He was mostly acting the lover boy roles, which he was always playing perfectly.
He took a long break from the movie industry, but he is back. R.M.D is considered the crush of most ladies, he makes aging looks beautiful.
His charming looks would definitely make any lady fall for him; he is considered Nigerian Idris Elba
In a recent interview, he disclosed, his wife is the reason behind his existences, as she has been his pillar and strength through the rough times.
According to him, "The reason I am standing here today is because I have a wife who believes in what I do and who supports me in everything. She holds my hands through it all. It is not easy for any woman to watch her husband kissing or making love to another woman on television but she has incredibly understood. She is the backbone of my being. I can’t function without her. I was away from Lagos for 8 years when I was in go…
Post a Comment
Read more

AY Comedian Calls Out Popular Blogger for Reporting His Marriage Break-up, Her Reply is Epic! 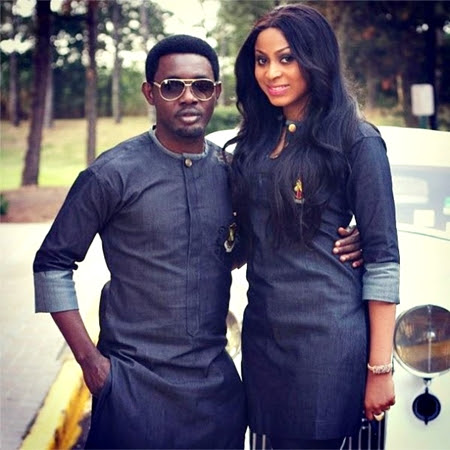 AY Comedian's reported marriage break-up with his wife, Mabel Makun, is getting messier as the comedian reached out to the blogger who exclusively broke the news and her reply is...epic!
Mr & Mrs Ayo Makun We reported it here earlier today that popular Nigerian blogger, Stella Dimoko Korkus, authoritatively reported that Mabel Makun, the wife of popular Nigerian comedian, actor and T.V presenter, Ayo Makun, also known as the 'Warri boy', has packed out of their matrimonial home. The news went viral online, and just like we all expected, the multi-award winning comedian reacted to the news via his Instagram. Like it was not enough, he reached out to the blogger and wanted her to take out the news or report the hidden details that she didn't reveal in the post. Below is how Stella responded to AY Comedian, and it is epic! "Today I reported exclusively that Comedian AY Makun's lovely wife Mabel had moved out of their Lekki home and I did not know if…
Post a Comment
Read more 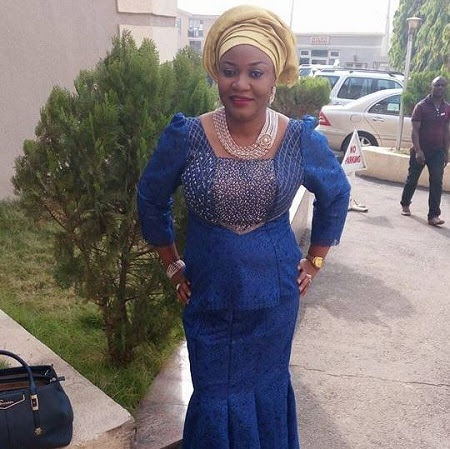 ‘You are a hypocrite and a noise maker!’ - Nigerians slam Ben Bruce for printing his new book in the U.S.

Ben Murray-Bruce may just be the perfect example of popular saying ‘practice what you preach.’
Yesterday, Nigerians proved they were watching the politician closely when someone went on Twitter to ‘expose’ the Silverbird CEO for doing the exact opposite of what he has been advocating for weeks now: ‪#‎BuyNaijatoGrowTheNaira‬.
At his 60th birthday party ,which took place a few days ago in Abuja, Mr. Bruce launched his A CommonSense Revolution book and shared free copies to guests in attendance.
One would naturally think the ‘common sense’ speaker would have published his book in Nigeria but it appears the Senator has more faith in the American printing press.
Post a Comment
Read more

Joseph Yobo to play his testimonial game in Port Harcourt, Nigeria at the end of the European season in May.
Wayne Rooney, Samuel Eto, Yaya Toure and other friends are expected to feature.
He will also be launching his foundation officially, the programme he kicked started in 2007 to help under-privileged children in Nigeria.
Host: His Excellency Nyesom Wike of Rivers State.
‪#‎YoboTestomonial‬
Post a Comment
Read more

Ubulu-Uku community in Aniocha South local government area of Delta State has been thrown into jubilation as a new king was
installed in the kingdom 45 days after the community’s monarch was abducted and subsequently murdered by suspected fulani herdsmen.
He is a 15- year old secondary school student,the son of the late king. Obi Ofulue lll. He is Obi m [Agbogidi] Chukwuka Noah Akaeze I.
The installation of Obi Chukwuka Noah Akaeze I, followed the recent demise of his father, Obi Edward Ofulue III in the hands of persons suspected to be Fulani herdsmen who abducted him on January 5th along Igbodo- Obior road.
On the installation of the Obi,the Palace Secretary, Joseph Obaze, said it was in line with the custom and tradition of the people of Ubulu-Uku that a king is said to be dead only when a new one is installed and his first son crowned as king.
Post a Comment
Read more

Nollywood actress Monalisa Chinda had her traditional marriage ceremony to Victor Tonye Coker in Port-Harcourt, Rivers State last Saturday.
The ceremony was well attended by a host of her industry colleagues which includes Liz Benson, Ibinabo Fiberesima, Ebube Nwagbo, Oge Okoye, Segun Arinze and many others.
Meanwhile, Monalisa already had her white wedding earlier in the month.

Made in Aba, We are so creative that even in times of trouble we're waxing!!!
Post a Comment
Read more

OAP Gbemi OO is presently considering relocating abroad due to poor state of the Nation; Nigeria.
The Beat FM OAP Gbemi went on a twitter rants a while ago over the situation of the country especially the power sector. She said she's considering relocating abroad due to the state of the nation.
"You work so hard to survive, yet the environment is not encouraging. The government is confused.
I'm not going to front, I have seriously been considering moving back to the States. Why struggle so much here for just a little. Why can't we get the basic things right, 2016 and we are still struggling with power supply," part of her tweets read.