Yvonne Jegede is one the girls who was featured in 2Face’s hit song, African Queen and she has come out to deny that she ever kissed 2Face, Yvonne who traveled out of the country immediately after featuring in the video said she never had anything to do with 2face romantically. She also revealed that it was Charles Novia that lured her into Nollywood

She said “I saw Charles Novia and shouted out his name. He stopped and asked me how I got to know his name. I replied, saying I usually watch your movies on the television.”

Yvonne continue: “Later, he inquired to know if I was interested in acting. I replied in the affirmative and he immediately invited me to a movie location. While I was at the location, the director of 2face’s “African Queen”pleaded with Charles Novia to allow me feature in the music video. That was how my acting career started.” 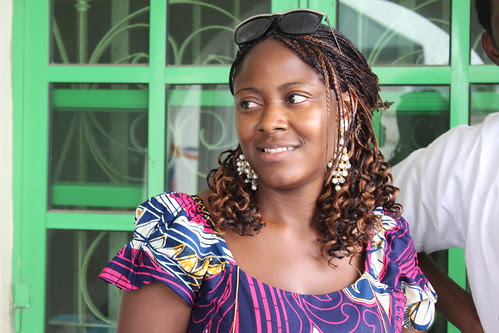